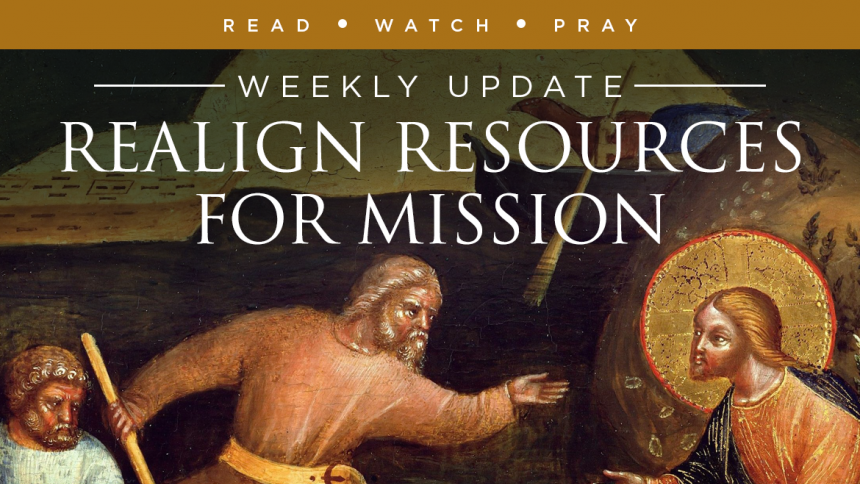 * Is led by priests striving for health and holiness;

* Seeks the lost and serves the poor.

This week Raffy looks on that fourth pillar: A healthy parish in the Diocese of Lansing seeks the lost and serves the poor, with a particular focus on the particular sub-proposal that: "Parishes have designated processes to evangelize the local community (adults, young adults, teens and children)." Here is what he has to say, below, plus a video update for this week from Father Jim Rolph, Chaplain to Powers Catholic High School in Flint and a member of the Realign Resources for Mission committee. Both these update were first published in the Realign Resources Weekly Update e-mail on May 26, 2021. You can subscribe to it by clicking here.

Dear Friend,
Evangelization is a team sport! I had never heard it said in this way before. With the minuscule amount of reading I do, though, someone’s probably said it at some point but I first heard it from my wife and it rings so true in my experience. In over twenty-five years of full-time ministry any really, really fruitful ministry I’ve seen was in the context of a team. Plus, I don’t know of any person who has come to faith as a result of the efforts of one individual or ministry.
Soon after COVID hit we found ourselves as a parish having to quickly pivot, as many did, into doing everything online. Screens were suddenly the main tool for ministry. As the Director of Evangelization, I found myself interviewing and producing short witness videos that we would broadcast before Mass and post on our Facebook and YouTube pages. It was awesome! It was like getting the front seat to the most amazing show on earth, marveling at how good God was at saving people. I should have expected it. That is his name: “Jesus” - YHWH/God-saves, and still I was amazed and in tears most days. One of the things that always struck me was how God used so many different people to lead each pilgrim and prodigal home. 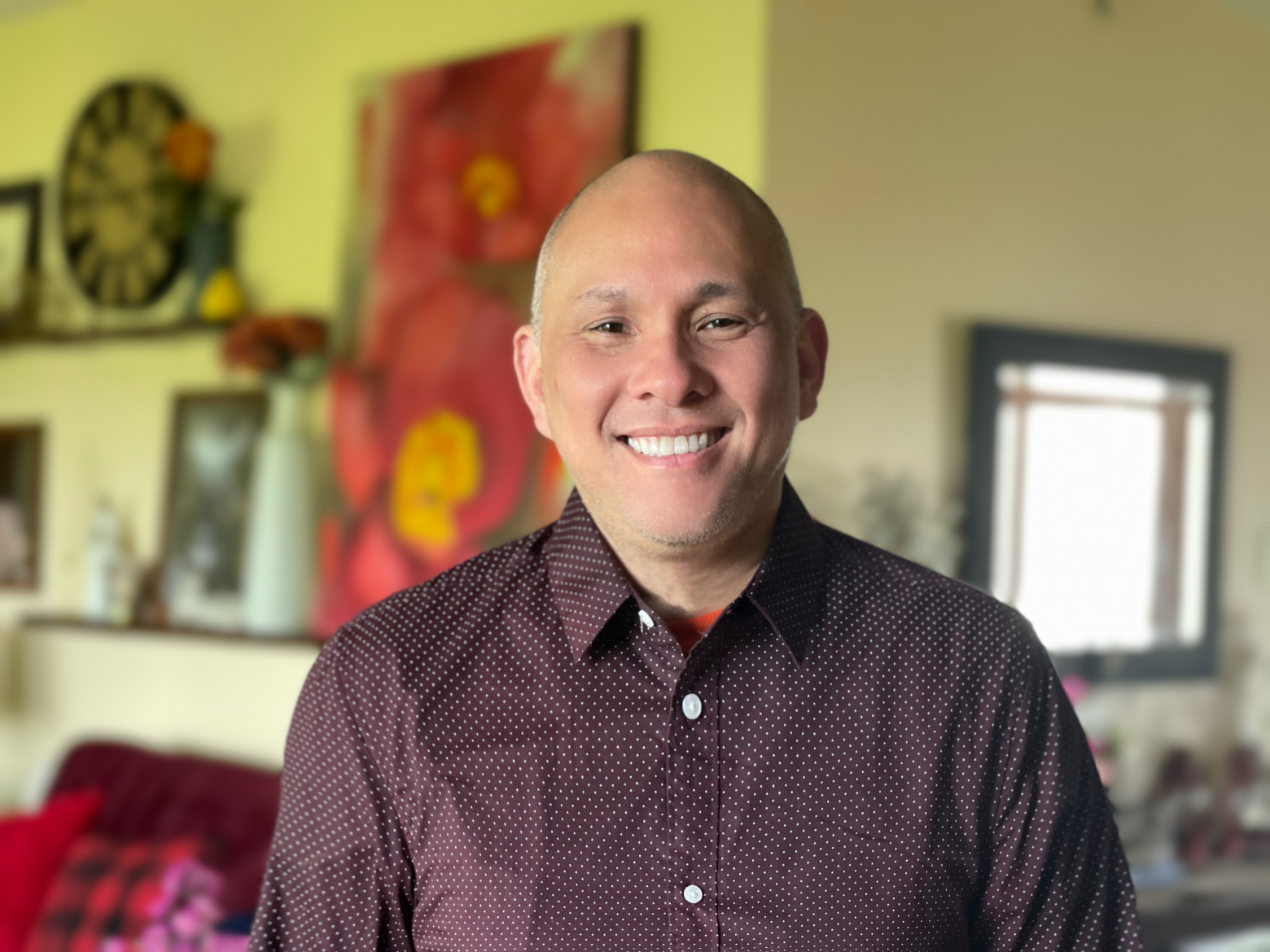 I think of Jerry, who first heard of Holy Redeemer’s outreach at a soup kitchen in a nearby Lutheran church. Soon he would find himself attending Sunday praise and worship gatherings in our old school. It had been a while since he had even been to Sunday church services but this was now, according to Jerry, his church. He would eventually be baptized and received into the Catholic Church a few years later.
I think of Talia, the high school kid whose transfer to Holy Family School in Grand Blanc subtly opened her eyes to the truth of her Catholicism. A few years later, friends at Powers High School convinced her to attend a Steubenville Conference where she would first encounter Jesus in a powerful and profound way. It was so inspiring to hear her talk about her passion to reach young people as she takes a gap year to be NET Missionary.
I think of Tom, who encountered the Holy Spirit as our worship team sang at Mass and of John whose faith grew as part of a small group of young adult men who challenged him in his faith. I think of Christine, Lisa, Tim, Jenn, Jaymie and many others whose lives were changed because God used an army of Saints to bring them home. 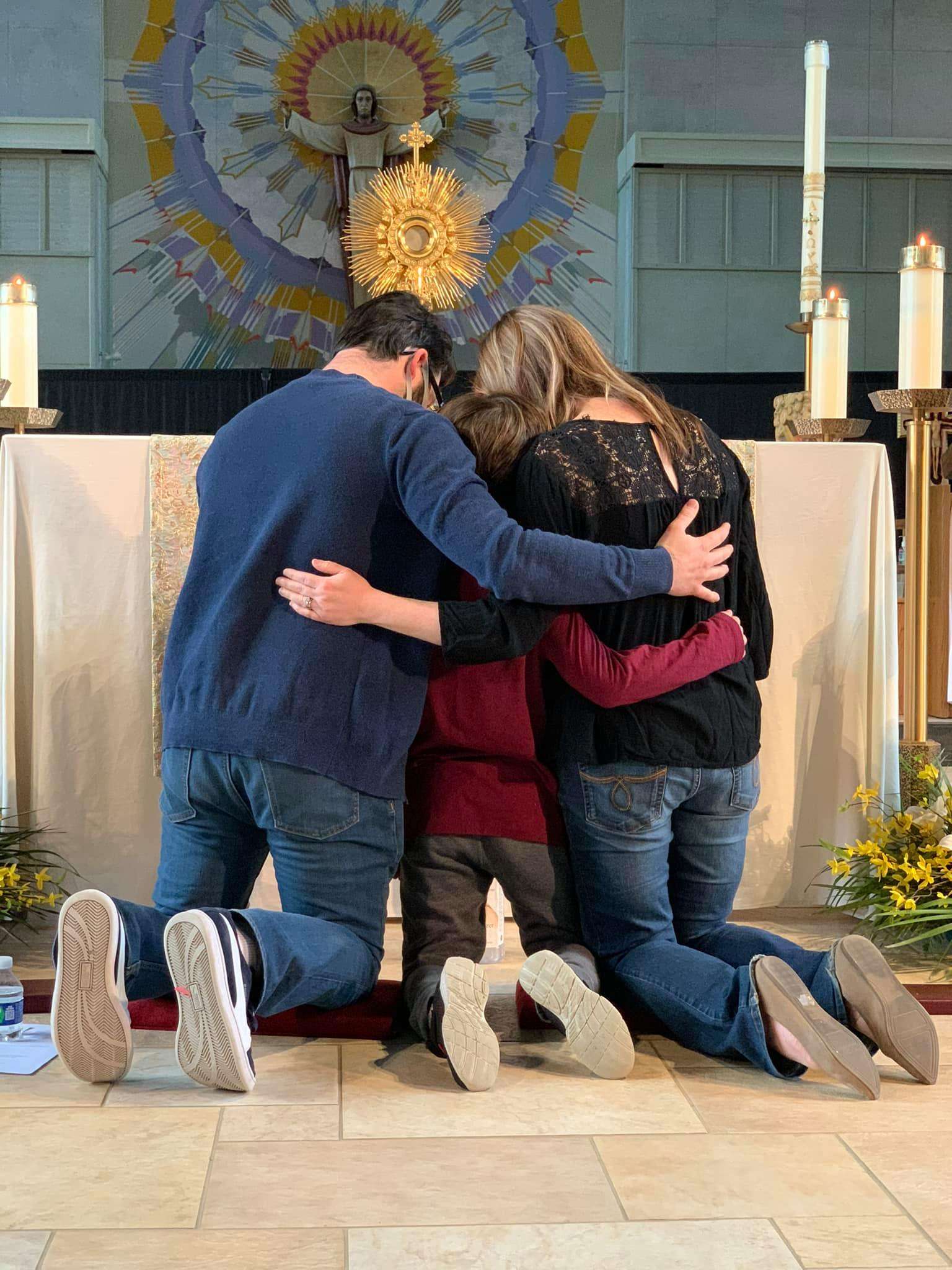 Photograph: A family at prayer at Holy Redeemer Parish, Burton

It was amazing to see how when I first moved to Michigan, the youth ministers in the area regularly brought their youth groups together for Project 2o3 meetings and retreats. It was a blessing to coordinate Alpha Courses with other parishes in the area these past few years. Just knowing that they were praying for us and we were praying for them was so encouraging.
Working as a team means we learn from each other’s strengths. Our ideas grow exponentially as more people bring their ideas to the table. It’s the opposite of breathing your own air and breathing in God’s grace instead. It definitely comes with its challenges: It takes time coordinating and, apart from openness and charity, easily leads to frustration. We may even wonder if we could lose our place in the process. It’s the kind of thing that only really works if it’s moved by the Holy Spirit.
The diocesan initiative to realign resources may cause concern but maybe that’s just because it’s something new. And, whether or not we admit it, many of us are stressed by what’s new. But God’s work is always new. “Behold, I make all things new,” Jesus proclaims to St. John. And even when it seems to be an old thing, it feels fresh and new. I just need to recall Natalie's face, one of our Children’s Ministry Middle Schooler’s, singing and praising before the Blessed Sacrament or Tim, Jenn and Jill who weep for joy during consecration at Mass to know it’s true
If done well and with the right heart, the realignment of resources will only make us more like a team, one body, one Church. And when the body of Christ moves as one, like a well-trained athlete or soldier, we will dominate that field and, with love and grace, win the world for Christ.
My part is to be open, listen to the Holy Spirit, encourage and pray for our Bishop and his team, that they in turn may remain docile to the Holy Spirit and have the grace to follow where He leads.
Yours in Christ,
Raffy Urgino,
Director of Evangelization and Formation,
Holy Redeemer Parish, Burton
Share