Watch: Pregnant mom, Linda: Vote NO on Prop 3 to stop abortion up to birth 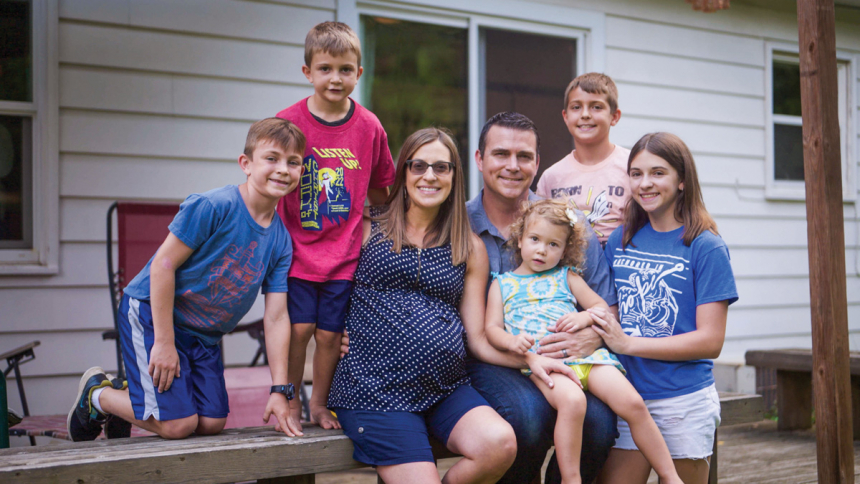 Lansing mom Linda Luea is excited. So is her husband, Chris. And their children? Super excited. Within the next day or so they’ll all get to meet the latest addition to the family. It’s a baby girl. Nine months in utero. No name yet.

“She’s full of life and constantly moving. When the kids come over and look at my stomach, I’m like, ‘Is this an elbow? Do you think this is her heel?’ It’s tiring but also exciting. I just want to hold her in my arms. A couple more days!” says Linda.

Proposal 3 would permit unrestricted abortion throughout pregnancy up to — and including — the day of birth. The very mention of it instantly reduces Linda to the verge of tears.

“It's absurd. I cannot believe that's even on the table as something to vote on. It's so evident that this is life,” says Linda, gazing down at her expectant abdomen. “She's a part of our family already, you know? I can't imagine any woman really choosing that or having the stomach to make that decision.”

What does it say about a society that would even consider permitting abortion up to birth? “It says they're OK with murder,” replies Linda bluntly.

Although Linda and Chris are both practicing Catholics, many of their friends and neighbors don’t entirely share their pro-life outlook. Yet Linda is convinced that abortion up to birth is too extreme for the vast majority of Michigan residents.

“Almost across the board, I think everyone would say, ‘Absolutely not, that's wrong, that's a life, that's a child,’” she observes.

“Everyone loves babies, you know, the second a new life is out of the womb, people are giving gifts and taking pictures and documenting everything on Facebook. So, the idea that allowing for abortion up until that point? It is just so absurd compared to what society does once you have the baby. It’s wrong.”

Footnote: Cora Marie Therese Luea was born Aug. 23 at 5:57 p.m. She measured 21 inches and weighed 7 pounds, 15 ounces; both mother and baby are doing well. Thanks be to God!