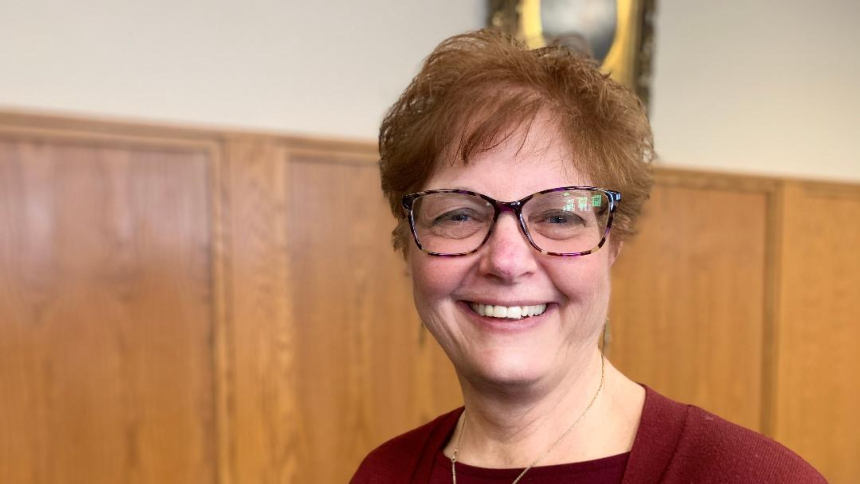 Today Bishop Boyea’s Year of the Bible reaches Chapter 16 of the First Book of Samuel. Knowing that Saul’s family will not reign over Israel, the Book of Samuel now introduces us to the next king, David. What happens? And what does it mean to us? Here's a great video reflection by Bert Schomberger, Lay Ministry Coordinator of the Diocese of Lansing. Bert says:

Hello I am Bert Schomberger. I serve as the coordinator of Lay Ministry Formation for the Diocese of Lansing and also as the Pastoral Associate at the Diocese’ St. Francis Retreat Center in DeWitt. Thanks for joining me as we make our way, together, through Bishop Boyea’s Year of the Bible.

Today we read the 16th chapter of First Samuel.  Early in this book  we read of the transition from judges as rulers to the people to Israel asking for a king, so that they could be “like all the nations” around them. Maybe an example of “be careful what you ask for” as it does not play out very well!  Then we were introduced to Samuel, who is the offspring of a miraculous birth-- a mother who had been thought to be barren-- perhaps a sign of important things to come, as we see elsewhere in scripture?

Yesterday, Chapter 15 ended with Samuel rebuking King Saul for disobeying the Lord yet again, even though Samuel knows it will end their relationship forever.

Today we are invited into the unveiling of God’s plan for the future rulers of His people, including us here today!  This is a really important moment in salvation history! Tasked with anointing the next king, Samuel is sent to a man of Bethlehem, hmm…from where the Lords’ chosen ruler is will come.

We can picture the scene of Jesse’s seven handsome sons being rejected by Samuel one by one, and to everyone’s surprise the lowly, youngest boy, who was relegated to being in the field with the sheep, is revealed as the one chosen by God. This young shepherd, unnoticed and unmentioned by his family, will go on to be a great leader, and an example of a great and repentant sinner too.  His part in God’s plan is huge! The only person named in the Bible more often than David is Jesus Himself.  We know that it is the Royal House of this small shepherd David which will be the promised lineage of the Messiah when He comes. The parallels between the humble beginnings of David and the nativity of Our Lord are not mere accidents of writing.

So, we should not turn the page—or swipe the screen—on this first glimpse of David too quickly. In this chapter of First Samuel we have the chance to witness the tiny seed of something that will affect all eternity as God unfolds his loving plan. Maybe through this reading today we can consider what God’s true plan might be for someone we have relegated to the status of an unnoticed sheep-tender, someone we don’t think has much to offer to God’s plan.  Maybe, perhaps, that is how we see ourselves.