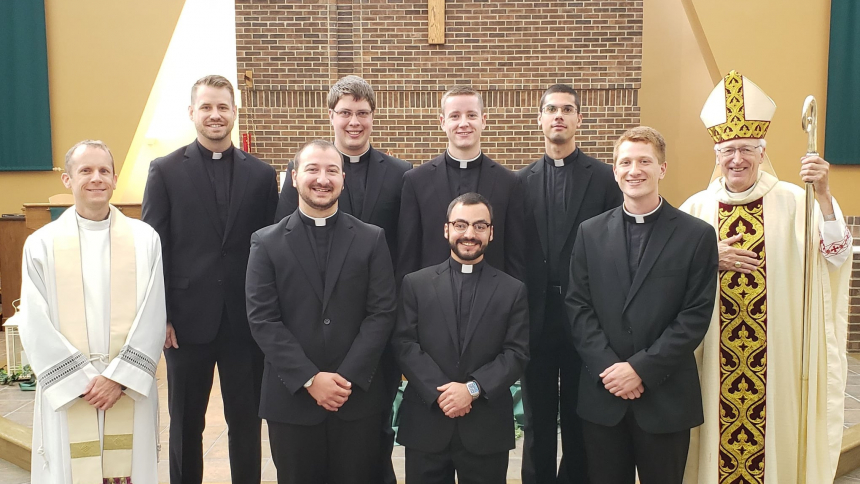 Congratulations to these seven young men, drawn from across the Diocese of Lansing, who have each taken one step closer to the sacred priesthood after receiving Admission to Candidacy for Holy Orders from Bishop Earl Boyea.

“I give thanks to God for granting to our Diocese these young men who have taken this further step toward Holy Orders!” said Father John Whitlock, Director of Seminarians, August 26.

“I know each of them to be good and faithful young men, and they are proof that the Lord is answering our prayers for more vocations to the priesthood in our Diocese. Please join me in accompanying them with your continued prayers, that the Lord might bring to fulfillment the good work He has begun in their lives!”

The Rite of Admission to Candidacy for Holy Orders is celebrated when a man has reached a maturity of purpose in his formation and has demonstrated the necessary qualifications for ordination to the diaconate.

In the presence of the bishop, each man publicly expressed his intention to complete his preparation for holy orders and also his resolve to fully invest himself to that end, so as to best serve Jesus Christ and his Holy Church.

The Mass at Saint Jude was the apex of a busy weekend for the Diocese of Lansing’s 31 seminarians who had gathered at Saint Francis Retreat Center in DeWitt prior to the start of a new academic year.

On Friday, August 20, the men made a pilgrimage to four of the most beautiful churches in the diocese: Most Holy Trinity in Fowler; Saint Matthew in Flint; Saint Thomas the Apostle in Ann Arbor; and Saint Mary, Star of the Sea, in Jackson.

Then on Sunday, August 22, the seminarians participated in Bishop Boyea’s Discernment Dinner, an annual event open to any young man who are open to discerning the call of God to the sacred priesthood. This year witnessed 23 young men attend. Please pray for them as they pray and ponder over their next step in life, guided by the Holy Spirit. 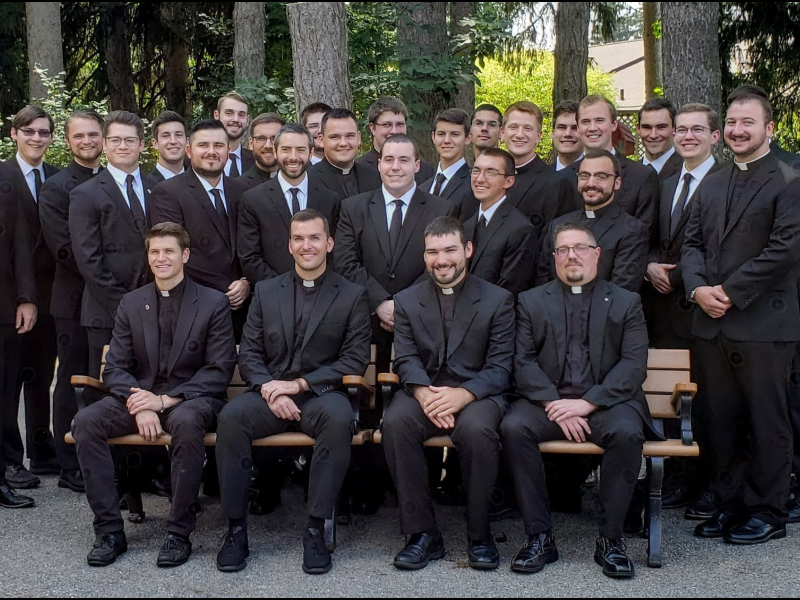 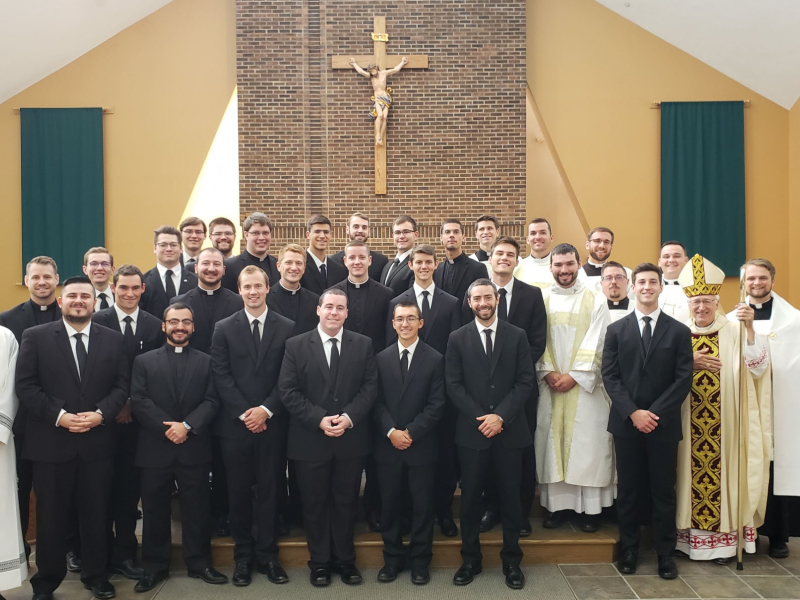 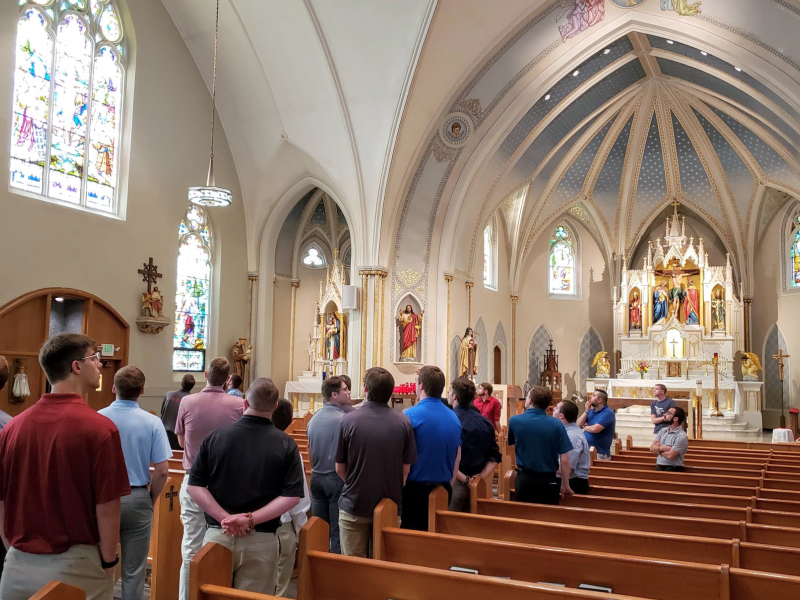 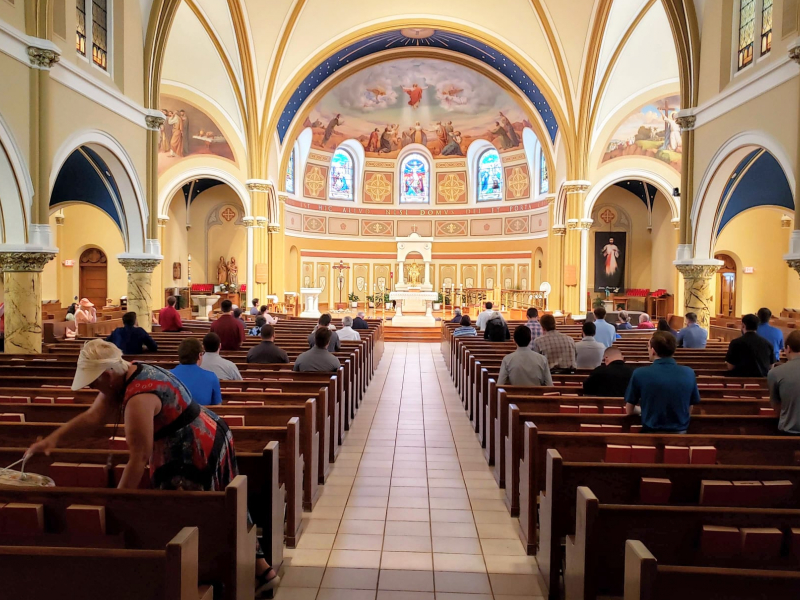 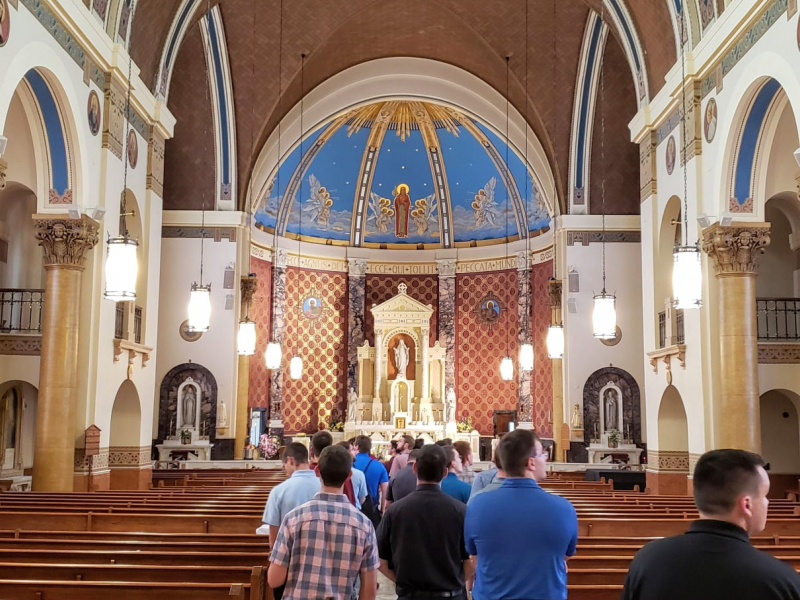 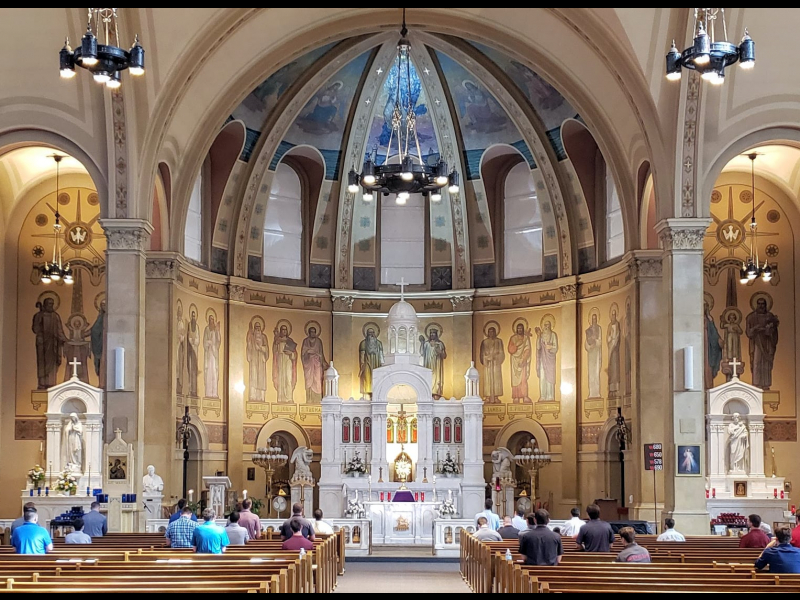