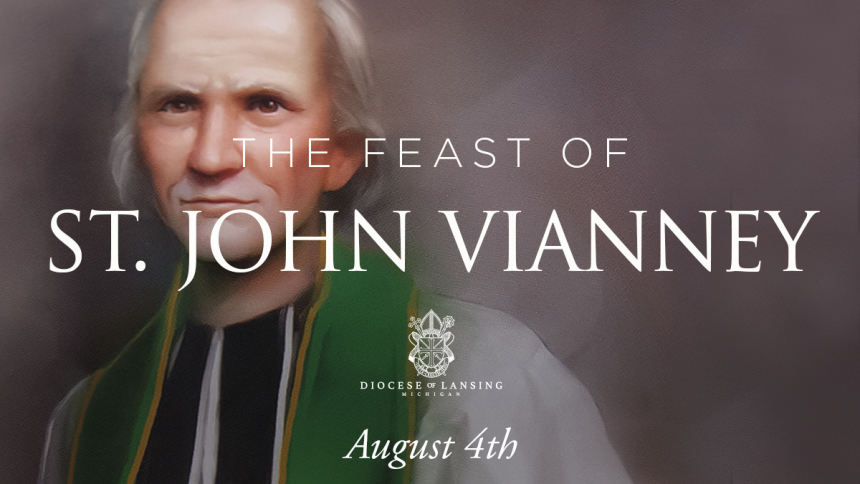 “As a priest, Saint John Vianney is always an inspiration,” says Father Karl Pung, Rector of Saint Mary Cathedral in Lansing, August 4, “he reminds me, as a priest, that it's important to prioritize the important things and not to get lost in the smaller details such as administration.”

Saint John Baptist Mary Vianney was born in Dardilly and died in Ars, France. Although his talents were limited and his education meager, he was ordained a priest in 1815. After three years at Ecully, he was appointed parish priest of Ars. Here he spent almost 42 years of his life, devoting himself to prayer, mortification, and pastoral works.

His success in directing souls made him known throughout the Christian world. Men of all ranks and conditions of life sought his guidance and advice. It is said that Satan once told Saint John Vianney, “If there were three such priests as you, my kingdom [in France] would be ruined”.

He was beatified by Pope St. Pius X, himself once a parish priest, and canonized by Pope Pius XI. Saint John Vianney, pray for us!