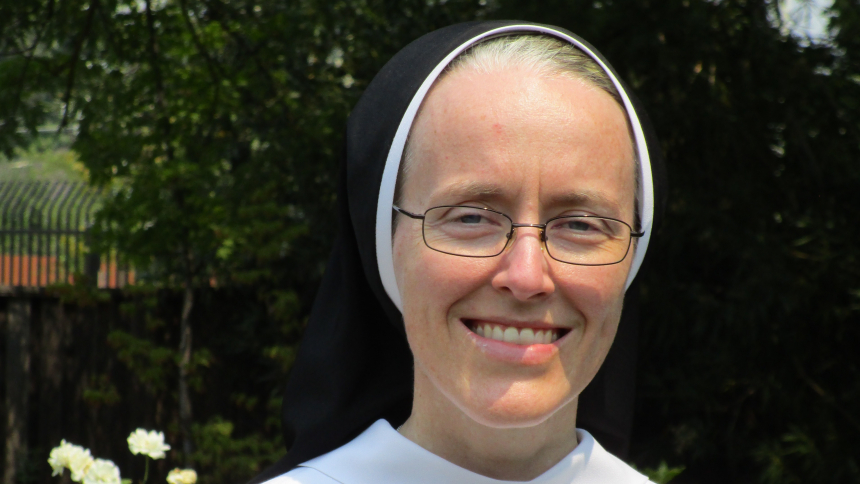 “I was born and raised in Westchester County, New York, and attended Catholic Schools from 1st grade through Senior Year of High School (Archdiocese of New York). I grew up in a great neighborhood and my parents sacrificed a lot to give my brother and I a Catholic education. I am eternally grateful to them for this sacrifice. I received my sacraments and grew in my faith in elementary school but I would not say that my relationship with God was a priority for me then. I enjoyed spending time with my friends and aspired first to be a veterinarian and later to be a social worker with an interest in public policy.”

“It was about mid-way through high school that I began to seriously consider what I believed as a Catholic and to seek God in my life. My Catholic high school was blessed to have two full-time, very dynamic and faithful diocesan priests on the faculty whom I had in class for three out of my four years there.”

“As I reflect on that time, now over twenty-five years ago, I recognize that my search for God was impacted by the experience of suffering and struggles my family was going through during those years. I was successful fulfilling my own plans, doing well in school and had a good social life, but deep down I recognized an emptiness and felt like something was missing. It was this emptiness that led me to approach Fr. Connell early on in my senior year and ask for his advice. Father told me that what I was missing was peace. He directed me to spend five minutes in the chapel every day and I would find the peace I was looking for and know what God was asking of me in my life. I took Father’s advice and it changed my life! I realized that Jesus was inviting me into a relationship with Him and to spend regular time before Him in the Blessed Sacrament. I began going to daily Mass, regular confession, and reading more about my Catholic faith. I fell in love with Jesus and the Catholic Church!”

“As I prayed on a regular basis and spent time getting to know Jesus in the Blessed Sacrament, I also began to consider the reality that God had a plan for my future and my happiness and this plan might be something I had never considered before. So, I began to ask Him what He desired of me. As I did so, I began to sense He was calling me in some way to live completely for Him."

"I approached Fr. McSweeney and shared with him that I believed God might be calling me to follow Him more closely, but I did not know how or where. Father was very zealous for vocations and had previously invited the Sisters of Life and CFR Sisters and Friars to visit our high school and talk about vocations. Father shared that his “favorite” Sisters would be visiting our high school in January and he thought I might really like to meet them. He encouraged me to pursue the possibility of a religious vocation.”

“Fr. McSweeney’s “favorite” Sisters ended up being three of the four foundresses in my religious community who were living about an hour away in the first year of our religious community! During their visit, I was very drawn to their joy and asked to visit them a few days later. After visiting Mother Assumpta, Sr. Joseph Andrew, Sr. John Dominic and Sr. Mary Samuel in these first days of our new religious community, I was deeply drawn to their joy. I remained in touch with them when they moved to Ann Arbor in April 1997 and attended the first retreat of the community in May 1997. It was on that retreat during Eucharistic Adoration that I received the courage to say “yes” to God’s invitation and take the steps to begin application to the Dominican Sisters of Mary.”

“My vocation is a true gift and my years in our religious community have been nothing less than an adventure in grace! I am so grateful for God’s call and all those who have helped me initially to say “yes” and those who continue to support me today in my vocation by their prayers.”