Read: "My Conversion to Catholic Education" by Stephanie Van Koevering 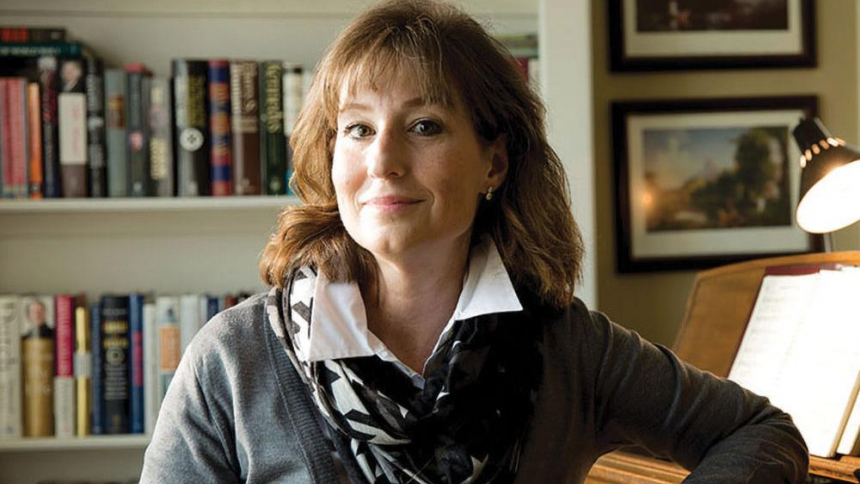 Meet Stephanie Van Koevering, the new Editor of FAITH Magazine, the official publication of the Diocese of Lansing. A convert to Catholicism, in this month’s magazine Stephanie also recalls her conversion to Catholic education after her eldest son, Alex, began to struggle at public school.

“Bright but shy and rather gloomy sometimes, he found his middle school years difficult. He spent a lot of time alone, and he began to fail several of his classes as he struggled to find his footing. After many efforts to help him right his ship, we all determined that he just needed a change,” writes Stephanie.

“We chose Lansing-based St. Gerard, due to its proximity and its reputation. We had friends who valued the school, and in an 11th-hour, Hail Mary pass, I called the school and asked for a visit. Alex would make the change during his last semester of eighth grade, which was not ideal, but we felt it just might work.”

“When we arrived, I was moved nearly to tears. The sight of crucifixes in the classrooms, the knowledge that Alex was going to be viewed holistically, as a person with not only academic, but also spiritual and personal needs, made me know immediately that this was the right choice for him. And Alex seemed to sense it too. Even my husband, who was not yet Catholic at that point, believed this was the best decision we could make.”

From that moment onwards, young Alex went from strength to strength as Catholic schools – Saint Gerard and then Lansing Catholic High – formed him to be a saint and a scholar who loved the Lord God with all his heart, mind, soul and strength. Alex is now an officer and engineer on board a U.S. Navy vessel. Deo gratias.

“He’s also a man of great faith,” adds mom, Stephanie, “the minute he could, he became a member of the Knights of Columbus and he takes care to attend Mass regularly, no matter where in the world he might be.”