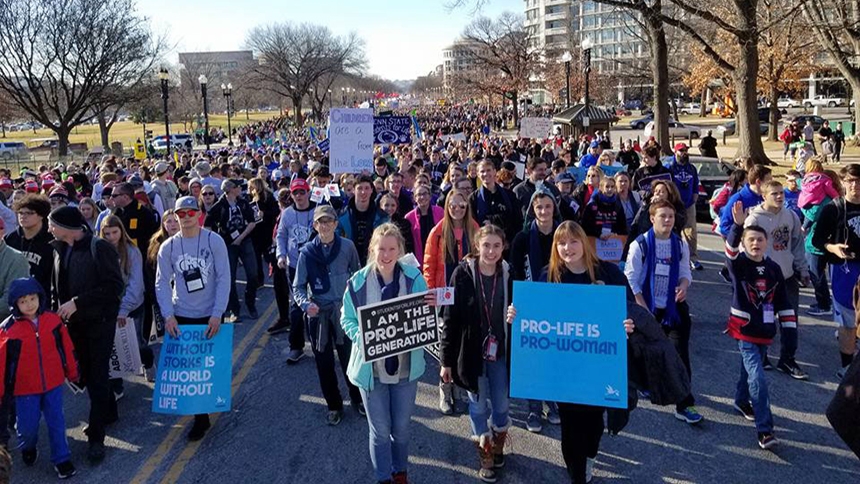 WASHINGTON (CNS) -- On a bright, sunny and almost spring-like morning highlighted by President Donald Trump's remarks to the rally before the march from the White House Rose Garden and members of Congress, there appeared to be little interest from the marchers in political questions. After all, they had all made their travel plans long before they knew the list of speakers.

The Diocese of Lansing sent 10 buses filled with pilgrims to the 2018 March for Life.

"Certainly, to have the president show his support for March for Life is encouraging," said Katrina Gallic, a senior at the University of Mary in Bismarck, North Dakota. However, she added, involvement for others is "more than a political stance, but should be seen as an ethic for all of humanity."

Gallic, who traveled separately from from New Jersey, began attending marches with her family when she was in elementary school.

"My parents showed us by the way they lived" and dinner-table conversations, she said. "I'm very grateful for it. I think it requires a lifetime commitment on the political level and the cultural level."

Gallic met Vice President Mike Pence at the Eisenhower Executive Office Building before the march. "Our generation is very much behind him, and he has the support and prayers of many," she said.

Abby Johnson, a former Planned Parenthood clinic director who now heads the pro-life organization Then There Were None, said culture change should have a higher priority than legislation.

"I actually think the pro-life movement needs to separate itself from the (Republican Party). That's what we need to be focusing on: opening the tent and bringing more diversity into the movement," she said, citing pro-life Democrats in Louisiana who have tightened abortion restrictions there.

Sean Moberg, who was attending the rally with friends from the Ukrainian Catholic National Shrine of the Holy Family in Washington, waved one of the few visible protest signs, which had, on one side, "Trump -- No" and on the other, "I Stand With Catholic Feminists."

Moberg has marched for the past eight years. "I'm always impressed with what a positive event it is."

First-time marchers included Jerilyn Kunkel of Fishers, Indiana, who made the trip with her husband Larry, a member of the Knights of Columbus. "I got a good night's sleep. That helped a lot," she said.

Father Kurt Young was accompanying 700 high schoolers from the Archdiocese of New Orleans. They were part of what became a 14-bus caravan in a two-day trip that lasted a total of 32 hours because of icy roads in Mississippi.

He said politics and legislation weren't the students' main priority, either. "Everyone here is here to make a peaceful, prayerful protest," the priest said.

Working along the march route were members of the Catholic Mobilizing Network, which opposes the death penalty.

"We're known for our stickers: 'Who Would Jesus Execute?' said Alexandra Carroll, the organization's vice president. "We use them as conversation starters. They help humanize the death penalty."

Carroll thought it a successful effort.

"We think it's such an important part of the Catholic faith, this kind of constant pro-life ethic." 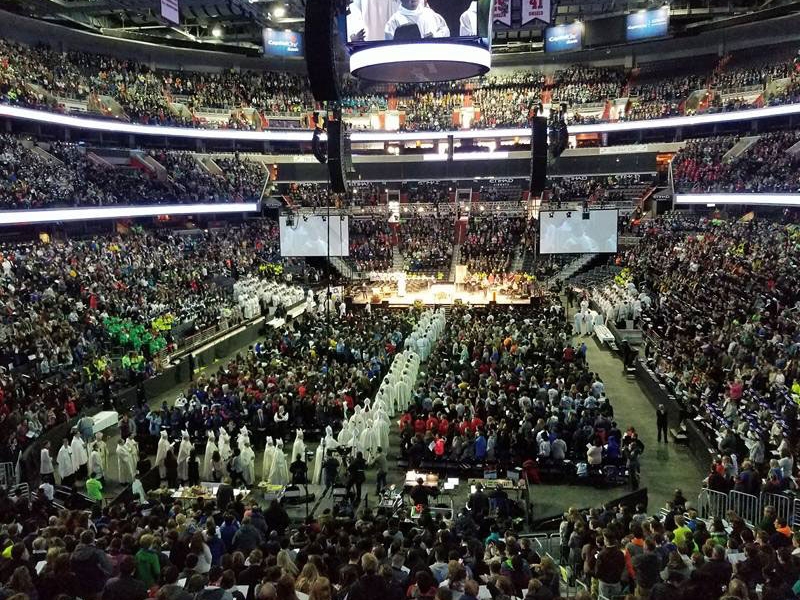 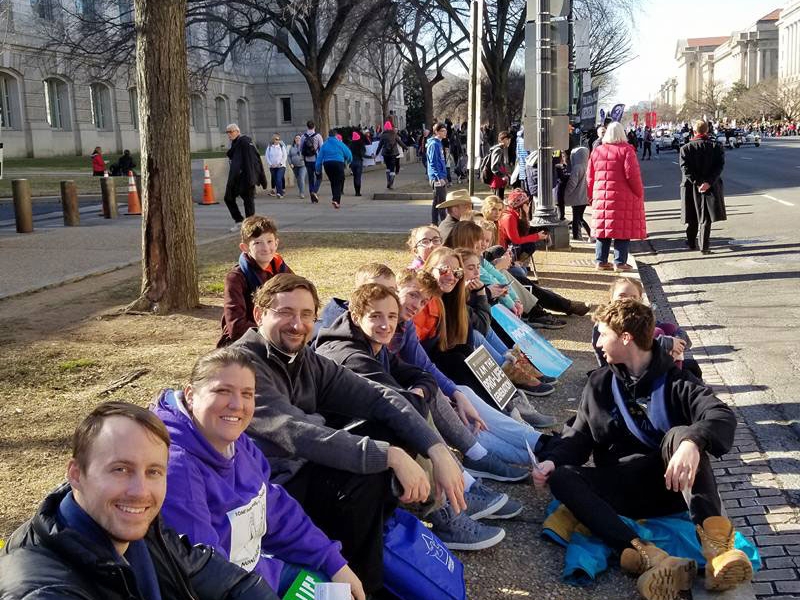 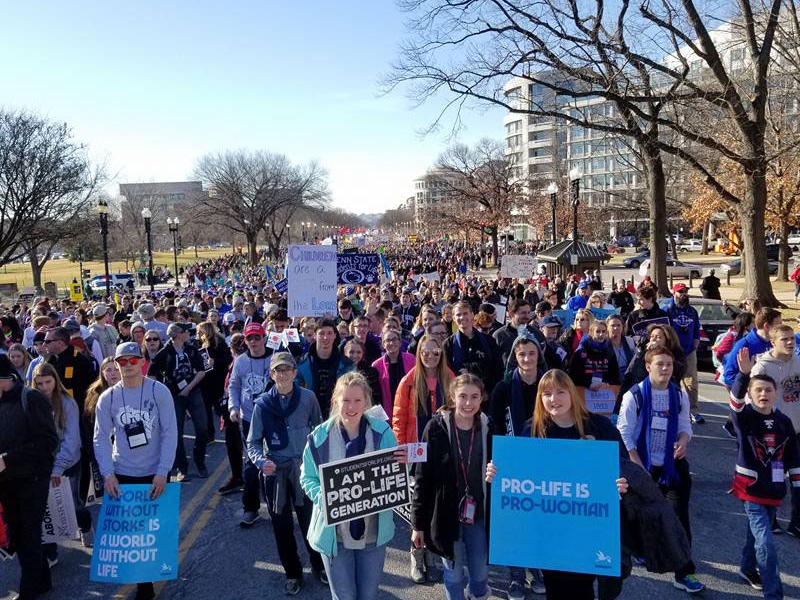 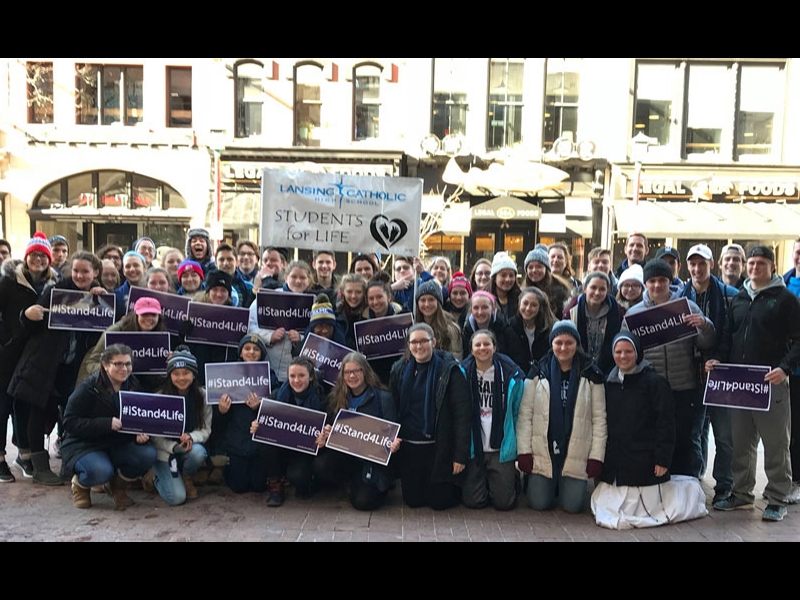 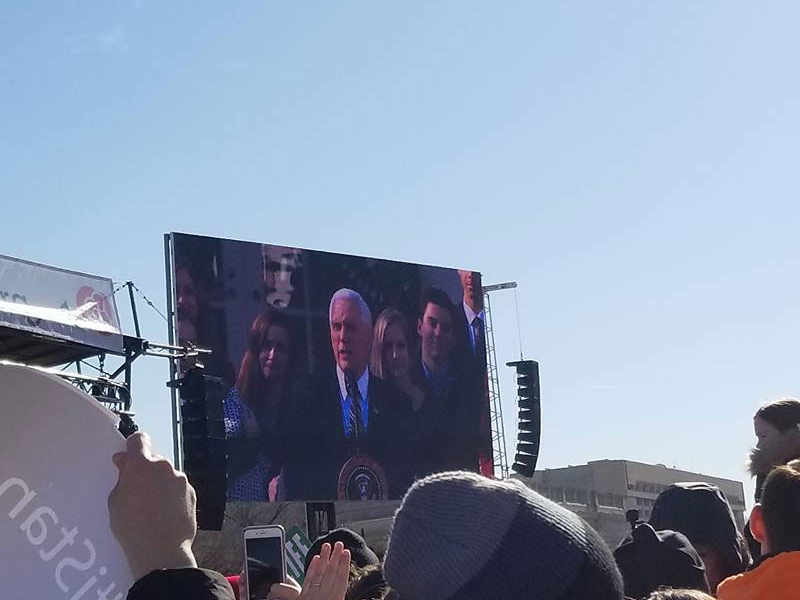 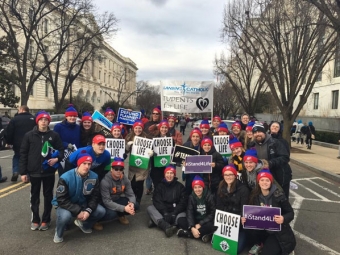 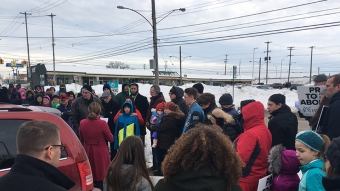 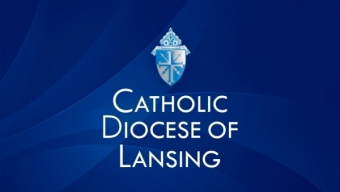 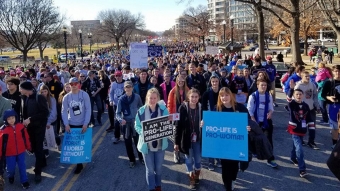