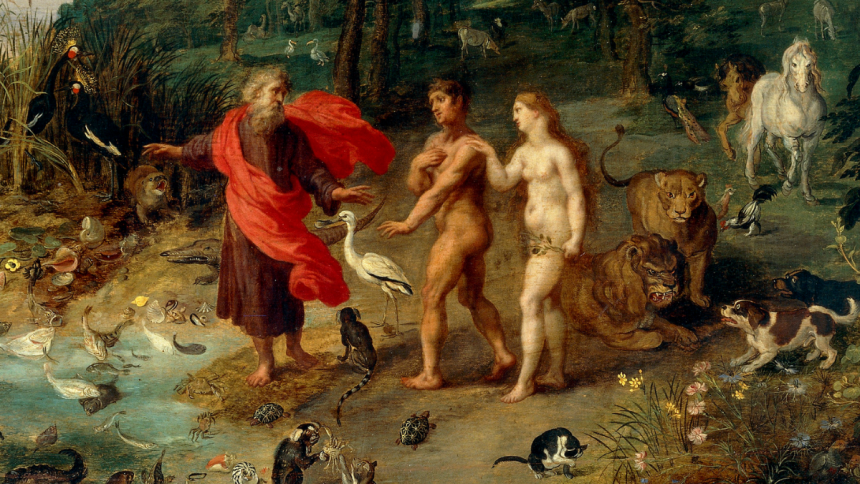 The Diocese of Lansing has today published a new policy on “gender identity” which aims to foster the highest standards of pastoral care for those with gender dysphoria while also ensuring that Catholic entities, such as parishes and schools, have the capability and confidence to safeguard those in their care from contemporary gender ideologies.

“Gender dysphoria is a real psychological condition which causes real human suffering that has to be met with genuine compassion, rooted in truth and love, and accompanied by the highest standards of pastoral care,” said Richard Budd, Director of the Office of Marriage and Family Life for the Diocese of Lansing and co-author of the new guidelines, January 15.

“Our prayerful hope is that this new policy, which has been developed over the past two years, will help families, parishes and schools to better provide the highest standard of care while also reaffirming the immutable realities of human anthropology – that we are created male and female – and, thus, giving a necessary response to those who proselytize, especially among the young, on behalf of false and harmful ‘gender ideologies’ which propose that male and female are merely social constructs.”

The new Diocese of Lansing policy was developed in response to a February 2019 Vatican document entitled Male and Female He Created Them. It rejected any “gender theory” that “denies the difference and reciprocity in nature of a man and a woman,” and considers them as “merely the product of historical and cultural conditioning.” Instead, it called for a respectful dialogue on the issue coupled with pastoral compassion for those who are confused about their sexuality or gender. The Vatican publication also affirmed Pope Francis’ call in his 2016 document on the pastoral care of families, Amoris Laetitia, in which he challenged gender ideology and wrote that “the young need to be helped to accept their own body as it was created.”

“Informed by faith and reason, the Church teaches that our differences as male and female are part of God’s good design in creation, that our bodies – including our sexual identity – are gifts from God, and that we should accept and care for our bodies as they were created,” explains Richard Budd.

“The Church teaches that the human person is a body-soul union, and the body — created male or female — is a constitutive and integral aspect of the human person and, as such, everyone, man and woman, should acknowledge and accept his or her God-given biological sex and the sexuality that corresponds with that gift – only in this way lies a path towards an integral, sustainable and happy life.”

“Gender dysphoria” is defined by the American Psychiatric Association as “clinically significant distress or impairment related to a strong desire to be of another gender, which may include desire to change primary and/or secondary sex characteristics.” This desire to change sex and its accompanying distress may be so intense it can lead to depression and anxiety and have a harmful impact on daily life.

In recent decades, there has been a growing trend among many counselors and clinicians to direct those with gender dysphoria towards surgical or hormonal interventions in an attempt to alleviate their symptoms including, controversially, prescribing puberty blocking drugs and cross-sex hormones to children and adolescents. The new Diocese of Lansing guidelines reject this approach as unproven, unethical, and unhelpful.

“Such invasive treatments, especially for children, can inflict irreversible physiological damage coupled with long-term psychological, emotional and spiritual damage upon an already vulnerable person,” says Jenny Ingles, Director of Fertility and Life Ministries in the Diocese of Lansing and co-author of the new guidelines.

“Our approach seeks to support moms, dads and families in helping their loved one – especially if that loved one is a child – through their gender confusion without further fueling that confusion or making their child think their problem can be ‘solved’ with surgical or hormonal interventions which, as more and more people are beginning to realize, is a cruel and, sometimes, catastrophic deception.”

In order to create an environment that upholds the truth of human anthropology while also offering authentic pastoral support to those suffering with gender dysphoria, the new Diocese of Lansing policy requires that all Catholic parishes, schools, institutions, charities agencies, and other agencies respect the biological sex of the human person as given by God and, thus, apply all policies and procedures in relation to that person according to that person’s God-given biological sex. Examples of this policy in practice include:

The launch of the new Diocese of Lansing policy on “gender identity” coincides with the emergence of legal actions brought by adults alleging malpractice by health authorities who, it is claimed, recklessly encouraged them to “transition” as children. A notable recent case is that of 23-year-old English woman, Keira Bell, who suffered from gender dysphoria as a teenager and was prescribed puberty blockers and testosterone before having her breasts removed at the age of 20. Miss Bell, who fears she may now be infertile, won her legal action at the High Court in London last month, effectively banning the United Kingdom's only gender clinic from giving puberty-blocking drugs to children.

Stories similar to that of Keira Bell seem to be increasingly common across the western world. Indeed, over the past decade, there has been a significant increase in gender dysphoria among American adolescents with the majority of cases being girls who identify as boys or “non-binary”.

“Our wonderful Catholic teachers are overwhelmingly motivated in all they do by the love of Jesus Christ and they seek to bring that love to the care of their students,” said Tom Maloney, Superintendent of Schools for the Diocese of Lansing.

“Applying that compassion to new ethical dilemmas such as gender dysphoria can be challenging – that’s why this new diocesan policy on gender identity will help our teachers form our students in truth and love in order to promote authentic happiness and uphold the common good.”

* The new Diocese of Lansing policy on the Human Person and Gender Dysphoria can be accessed here.

* The Theological Guide accompanying the new policy can be accessed here.