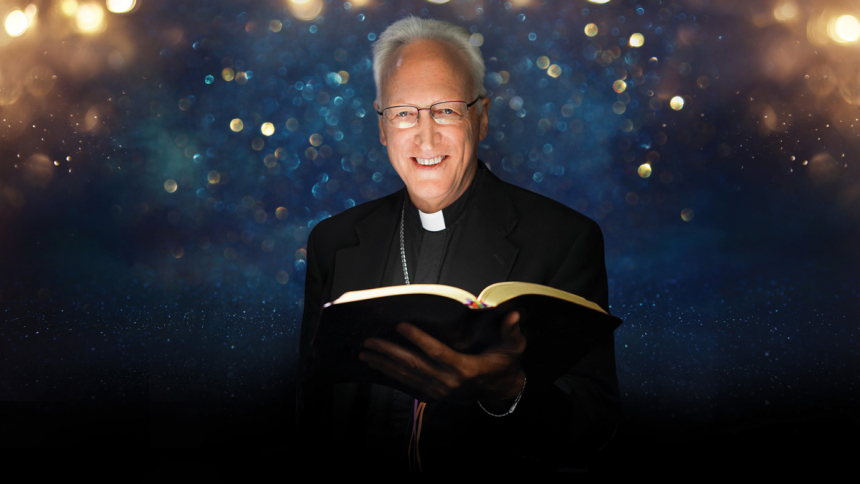 Today Bishop Earl Boyea's Year of the Bible began reading the Letter of Saint James. Do you want to sign up for the Year of the BIble? Well, all you have to do is pick up your cellphone and text the letters BYOB – that stands for Bishop’s Year of the Bible – to 84576. Alternatively, if you would rather receive the daily scripture reading via e-mail, click here to sign up. Each day you'll receive a chapter of the Bible direct to your computer or phone. It's that easy. In the meantime, here is what Bishop Boyea has to say about his latest choice of reading, the Letter of James:

Hello, I am Bishop Earl Boyea of the Diocese of Lansing.  For the rest of this week in August (August 24-28) we will be reading the five chapters of the Letter of James.  This James is most likely a member of the extended family of Jesus himself and is thus called a “brother of the Lord.”  He was also the leader of the Church in Jerusalem after Peter left the city.  Paul tells us that Jesus appeared to James (I Corinthians 15:7) which may be at the roots of his later being seen in tradition as receiving revelations from Jesus.  Paul also dealt with James according to the Letter to the Galatians.

Martin Luther and many others viewed the Letter of James to be hostile to the writings of St. Paul, but there really is no evidence of this.  Rather, James wants to make sure that faith is always manifested by the way we live our lives.  It seems clear that James was writing for Greek-speaking Jewish congregations scattered about the Roman Empire and his aim was to make sure that they were living out the teachings of Jesus.  James was eventually stoned to death in Jerusalem in 62 AD by the High Priest when there was an absence of the Roman Prefect from the area.  Thus, this letter dates from before that date or soon after if it was finally compiled by a secretary of James.

James is most remembered for his statement that faith without works that flow from faith is dead.  This, in no way, denies that faith itself is a total gift from God, though some have been confused about this.  We will read in these chapters of the need to make sure that we are gentle and merciful, that we keep strict control of our tongues, and especially that we care for the poor and needy.  Jesus himself often spoke of all these matters and James must have heard them often as he followed his kinsman around.

One of the more unique parts of this letter is his instruction about care for the sick and inviting the priests to anoint.  This has served as the foundation of our teaching on the Sacrament of the Anointing of the Sick, much as James no doubt witnessed Jesus curing the sick so often in Jesus’ ministry.

Sisters and brothers, as we take this brief break from Old Testament books, let us remember that it is always about Jesus that the Scriptures speak.  Let us hear his voice through the words of James the Just, the Brother of the Lord.