Finding Forgiveness and Peace after Abortion 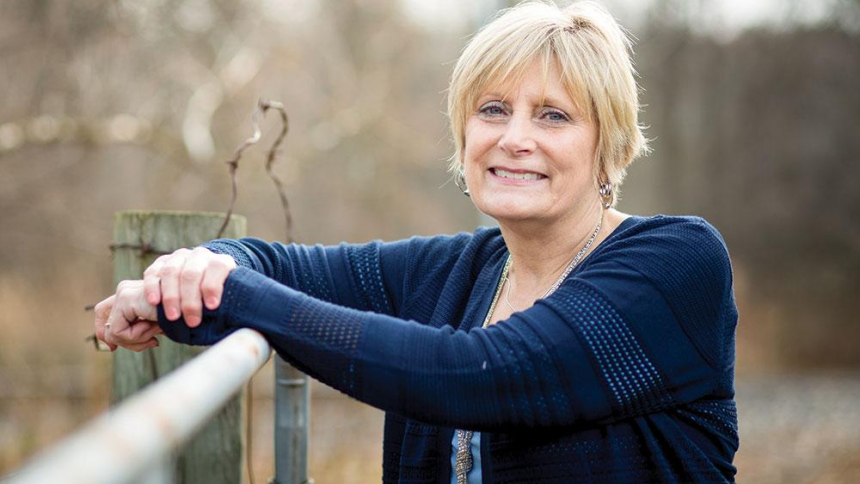 The cover story of this month’s FAITH magazine, the official publication of the Diocese of Lansing, features the remarkable story of Michigan mother, Kathy Dey, who found forgiveness and peace after having an abortion through the world’s largest ministry for post-abortion healing, Rachel’s Vineyard.

“I am unremarkable. I’m a middle-class girl who became a teacher, wife and mother. I have volunteered for pro-life causes and regularly attended church on Sundays, but always felt a distance between God’s love and me. For over four decades, I felt God could not love me because I had an abortion,” Kathy tells FAITH’s Nancy Rosebush Schertzing.

“My story isn’t compelling. As a young teen, I was flattered when the 17-year-old neighbor boy took an interest in me. He boosted my self-esteem, so I didn’t say ‘no’ even when he wanted me to do things I knew were wrong. When, finally, I did say ‘no,’ he didn’t stop.

“I didn’t have many friends, and my parents were busy with their jobs and marital problems. When I missed my period, I began to worry. After another month passed without a period, fear gripped me and wouldn’t let go. How would I tell my parents? Would I survive delivery? What if my friends find out? How am I going to raise a child?

“Finally, I confided in a friend. She and her mother took me to Planned Parenthood, where my fears were confirmed.

At 14, I was too young to have an abortion without parental consent. When I told my mom, she was surprisingly calm and understanding. It turns out she and my father had fears of their own about the pregnancy. We decided it would be best if I had an abortion.

“After the abortion, I resumed the life of a typical teenager, but always feared my friends finding out. My low self-esteem sunk further as I kept peers at a safe distance from my terrible secret. My parents got divorced a short time later. As time passed, the fear lessened, or I just learned to live with it.

“My sophomore year of college, I got to know a Catholic boy who lived in my dormitory. We became serious pretty quickly, and when I told him about the abortion, he didn’t judge me harshly. We married after college. Soon we were blessed with a son, then, a short time later, a daughter. Eventually, I converted to Catholicism.

“I hadn’t thought too much about the baby – mostly just as the secret I wanted to keep. But when I held my son and daughter, the protection and love I felt for those little lives overwhelmed me. How could I have killed my earlier child – my first baby? The shame and guilt haunted me. I cried a lot in their first months, but I suffered the grief and tears in silence.

“My old demons – fear and shame – came back with a fury, devouring my confidence and menacing my thoughts. What if my colleagues and family learned my awful secret? How could God love me after I did such an unspeakable thing? I kept my silence even as people around me made hurtful statements about women who have abortions – women like me.

“I begged for God’s forgiveness, though I never believed it was available to me. Through our faith, I came to understand that God can forgive anything. In my head, I knew that meant he could forgive me. But in my heart, I was never sure.

“As my children grew, I became very good at keeping my secret safe. Shame and fear ebbed and flowed through my life. They were constant companions – sometimes almost silent, other times holding me prisoner ... until an angel came to set me free.

“In the middle of winter, I had a dream. A woman in white robes came to the door of my childhood home. She acted as if she wanted to talk to me – not threatening, not judging. But I slammed the door and ran back into the kitchen with Mom and Dad. As I cowered near my parents, the visitor came up from the basement. Beautiful, gentle and utterly terrifying. I woke up and immediately knew I had met my aborted child.

“Questions filled my head. What did she want? Why was she appearing now? How could I escape this shame and fear? That week, my niece posted a link to Rachel’s Vineyard, an organization that helps people recover from social and emotional scars left by abortion. I visited their website and discovered they had a retreat planned in my area within a couple of weeks. I decided to attend.

“We came into the retreat experience slowly, meeting the leaders, the priest and psychologist there to help us on our journey. I was surprised to see a man on the team, until I understood the weekends are open to women and men. Each retreat team includes a male who lends comfort and support to other men seeking the healing power of Rachel’s Vineyard.

“We all took a solemn vow of confidentiality for before, during and after the retreat, then our leaders began sharing their stories. Sixty percent of retreat leaders have had abortions. It was the first time I realized I wasn’t alone in the feelings I had spent most of my life trying to hide. Through sharing, writing and processing messages from the Bible, we found the courage to recognize and address these feelings that had plagued many of us since our abortions.

“The retreat provided a safe, judgment-free space to think about our babies, even write them a love letter and envision them with God. I’m not sure exactly when it happened, but during the retreat I came to know in my mind and my heart that God loved me and I was forgiven.

“The weekend allowed me to truly grieve for my unborn baby, and to give her the honor and dignity she deserves. I named her Ella and came to know her as my daughter, not just the secret I had been hiding from the world. And when we celebrated the naming ceremony and memorial service for the children we had aborted, I released Ella lovingly into God’s embrace.

“Since that weekend, I have attended three more Rachel’s Vineyard retreats, sharing my story and supporting others on their journey to healing from abortion. If I think of my journey as an onion, for 42 years I have been pulling back a layer here and there. But with each retreat I shed multiple layers and grow closer to the life God calls me to live.

“The regret is still there, but the shame is gone. To say that having an abortion is not worthy of forgiveness is to say I don’t trust God, or that I know better than he does!

“I am unremarkable, but God’s grace and forgiveness is 100 percent remarkable! There is healing. It’s out there. I found it at Rachel’s Vineyard.”

• For more information on Rachel’s Vineyard, go to rachelsvineyard.org

• Post abortion recovery programs in the Diocese of Lansing http://newlifecenterlansing.org/ministries/post-abortion-recovery/

* For more from Faith Magazine, go to https://faithmag.com/