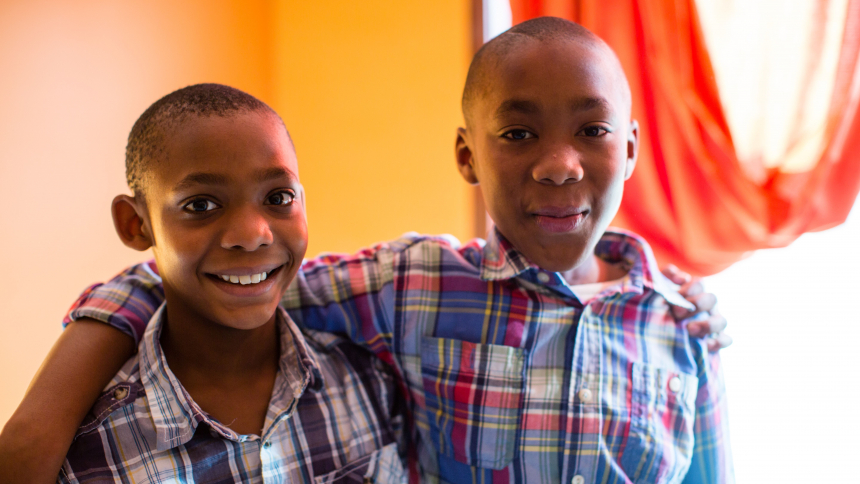 Adoptive families across Michigan are today welcoming the state’s decision to recognize the constitutional right of Lansing’s Catholic adoption agency to continue its adoption and foster care program without compromising its Catholic identity.

“We are overjoyed that the State of Michigan has now recognized the important role religious adoption and foster care agencies like Saint Vincent Catholic Charities play in helping children find loving homes,” said Melissa Buck who, with her husband Chad, (both pictured below) has adopted five children with special needs through Saint Vincent.

In 2019, the Buck family filed a lawsuit challenging the State of Michigan's attempt to shutdown St. Vincent's foster care and adoption ministry because of its Catholic beliefs regarding marriage and the family. Today’s court order marks the successful culmination of the Buck’s three-year legal challenge.

“We are relieved to know that Saint Vincent, in partnership with the State of Michigan, can now, finally, get back to placing vulnerable children with families like ours without the threat of closure,” said Melissa.

According to the settlement, which was submitted today to U.S. District Judge Robert J. Jonker for approval, the Michigan Department of Health and Human Services agrees not to take any action over Saint Vincent’s practice, consistent with Catholic teaching, not to place foster and adopted children with same-sex or unmarried couples. The MDHHS also agrees to pay $550,000 in attorney’s fees and costs to Becket Fund for Religious Liberty who represented the Buck family in court.

“This is an important win for religious liberty and also for the most vulnerable children in the State of Michigan,” said Deacon James Kasprzak, Director of Catholic Charities for the Diocese of Lansing.

“Without such a win, Saint Vincent and other Catholic Charities would have shut down to the detriment of the many vulnerable children who desperately need their services.”

Today’s court settlement follows on from last year’s unanimous decision by the US Supreme Court in favor of the Archdiocese of Philadelphia’s Catholic Social Services in its lawsuit against the City of Philadelphia. In 2018, the city had stopped partnering with the Catholic charity in its foster-care program due to the agency’s long-standing policy of not certifying same-sex couples as foster parents on religious grounds. The Supreme Court Justices ruled 9-0 that the city had violated the Catholic charity’s free exercise of religion.

“The teaching of the Catholic Church and, hence, the adoption policy of Saint Vincent is rooted in both faith and reason: That children, on the whole, do best in life when they grow up with a mom and dad who are married to each other,” said Rich Budd, Director of Marriage and Family Life for the Diocese of Lansing.

There are currently over 13,000 foster children in Michigan. Each year, over 600 Michigan children “age out” of the foster system, meaning that at the age of 18 they are on their own, never having found a family.

“Today's settlement is good news for heroic foster families and the faith-based agencies that partner with them to serve kids,” said Will Bloomfield, General Counsel for the Diocese of Lansing.

For more on today's settlement go to: https://becketnewsite.s3.amazonaws.com/Buck-Proposed-Settlement-and-Order.pdf