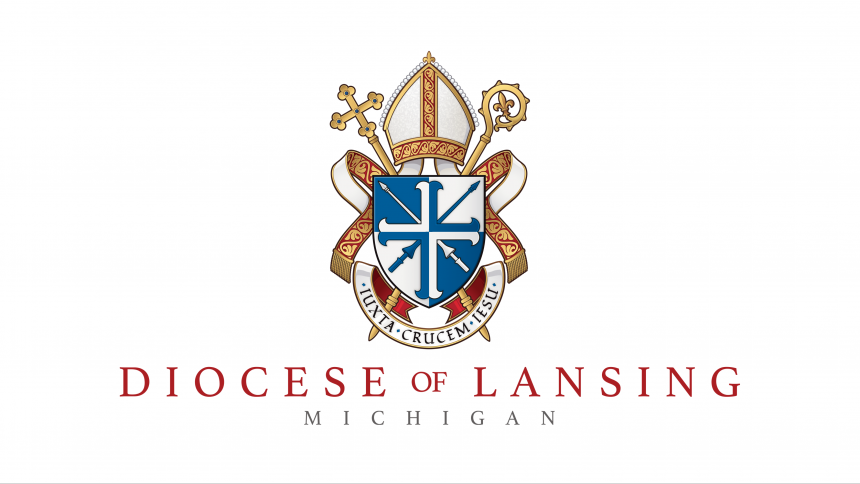 The following advisory was issued by Bishop Earl Boyea to the clergy and lay faithful of the Diocese of Lansing on March 13, 2020, regarding the latest diocesan response to the threat of the Coronavirus. It is aimed at giving both clarity and reassurance at this time of uncertainty. It also comes on the day that the Diocese of Lansing announced that all its schools will be closed to students for three weeks starting Monday, March 16. Our Lady, Health of the Sick, pray for us. The advisory reads:

Dear Brothers and Sisters in Christ,

In the wake of World War One, the Spanish influenza pandemic infected a third of the world’s population and killed 50 million worldwide. In the United States, the city of St. Louis took the most aggressive action against the virus and, essentially, shut down their city. As part of that effort, Archbishop John Glennon of St. Louis temporarily suspended the obligation upon Catholics to attend Sunday Mass. This strategy of “social distancing” meant that the death rate in St. Louis was the lowest among the nation’s major cities.

A century later, the Catholic community of the Diocese of Lansing is equally determined to play our part in reducing the new threat posed by COVID-19 Coronavirus to all people within our part of Michigan. With this in mind, I am today announcing the following:

* All Catholics within the Diocese of Lansing are dispensed from the grave obligation of attending Holy Mass on a Sunday. This applies to everybody and is particularly aimed at those groups most at risk from infection, including the elderly and those with compromised immune systems.

*  While we are not cancelling Sunday Masses, we will attempt to comply with the Governor’s new Executive Order limiting public gatherings to 250 souls. The dispensation from Sunday Mass attendance, and the Diocese’s encouragement that all those who are sick or vulnerable should remain home, is aimed at reducing attendance below these thresholds. The Executive Order is attached here.

* This weekend will see new guidelines apply to our Sunday Liturgy aimed at reducing the risk of viral transmission. These include the omission of the Sign of Peace via a handshake and the temporary cessation of Holy Communion via the chalice. Weddings, baptisms and funerals should continue but guided by the same public health advice as applies to Sunday Mass. These guidelines are set out here.

* In order not to stifle people’s understandable desire for greater closeness with Christ at this time of heightened public worry, I would urge parishes to keep churches open for as long as possible each day so that both clergy and lay faithful can spend time with Our Lord in the Blessed Sacrament. Similarly, I would urge parishes to be generous with the provision of Eucharistic Adoration.

* Parishes should cancel any non-liturgical events that will attract over 250 people or any non-liturgical event that will see people gathered in a space without the appropriate social distancing. The Centers for Disease Control and Prevention suggest a distance of six-feet in appropriate. As a practical example of this, our popular Lenten fish fries should become take-out only.

* Parishes should embrace the corporal work of mercy that is visiting the sick and attempt to ensure that parishioners who are self-isolating do not go without companionship, essential provisions and, most importantly, Holy Communion.

Finally, one further historical parallel. In 1638, a plague ravaged the city of Lyons in France.  It has been documented that many people who were infected became well through the intercession of St. Joseph, while others were preserved from the contagion through his powerful intercession. As we approach the Feast of St. Joseph on March 19 let us earnestly petition the Head of the Holy Family to protect both the Church and the State from this new threat posed by the Coronavirus. Patron of the Universal Church, pray for us.

Sincerely yours in Christ,