What does the Church teach about human dignity?

The Root of Human Dignity

The dignity of the human person is rooted in his or her creation in the image and likeness of God. Endowed with a spiritual and immortal soul, intelligence and free will, the human person is ordered to God and called in soul and in body to eternal beatitude.1

Every human life, from the moment of conception until natural death, is sacred because the human person has been willed for its own sake in the image and likeness of the living and holy God.2

Being in the image of God the human individual possesses the dignity of a person, who is not just something, but someone. He is capable of self-knowledge, of self-possession and of freely giving himself and entering into communion with other persons. and he is called by grace to a covenant with his Creator, to offer him a response of faith and love that no other creature can give in his stead.3

A man and a woman united in marriage, together with their children, form a family. This institution is prior to any recognition by public authority, which has an obligation to recognize it. It should be considered the normal reference point by which the different forms of family relationship are to be evaluated.4

The Relationship between the Person and Society

The human person is and ought to be the principle, the subject, and the end of all social institutions.5 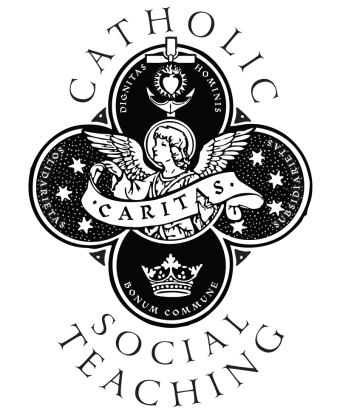